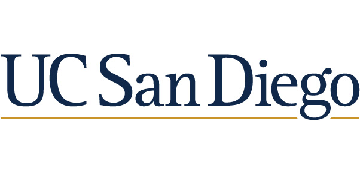 Apply now
You need to sign in or create an account to save a job.
Send job

A position is open for a Postdoctoral Researcher with a strong background in neuroscience to join the research laboratory of Dr. Robert Rissman, Professor of Neurosciences, University of California San Diego (UCSD). Applicants should hold (or soon receive) a Ph.D. in neuroscience or a related discipline. The research project will study the role of novel therapeutic strategies and biomarkers for Alzheimer’s disease (AD). The position is available immediately and located in La Jolla, California.

Major goals and objectives: to study the role of α -syn as a mediator of the toxicity of Aβ to selected neuronal populations in AD; investigate interactions with Rabs and ESCRTIII proteins, α -syn aggregates interfere with neuronal endosomal transport of neurotrophic factors (NTFs) leading to selective neuronal damage; study the role of α -syn as mediator of the selective neuronal loss in AD by interfering with Rabs and ESCRTIII leading to defective transport of NTFs; assess if brain-penetrating nucleotides targeting α -syn might reverse the endosomal alterations and protect selected networks from degenerating in AD.

Requirements
Applicants should hold (or soon receive) a Ph.D. in Neuroscience or a related discipline. Experience with rodent behavioral testing is preferred but not required. Successful applicants should be highly self-motivated, have outstanding experimental skills, and be able to think independently but also work well in a team.  One first author publication from previous research work is required to be eligible.

UCSD’s Department of Neurosciences has a rich, internationally acclaimed history for its contribution to the research of neurodegenerative diseases, particularly AD. Research studies of AD and other neurodegenerative disorders at UC San Diego are part of the clinical bench strength of the UC System. For the past 30 years, UC San Diego has been a leader in AD research and home to the prestigious Shiley-Marcos Alzheimer’s Disease Research Center (ADRC) and the Alzheimer’s Disease Cooperative Study (ADCS).

Dr. Robert Rissman is a Professor of Neurosciences at the University of California San Diego (UCSD), conducting research in his laboratory on the UCSD School of Medicine campus in La Jolla, CA. Dr. Rissman is also the Director of Neuropathology and Biomarker Cores of UCSD’s Shiley-Marcos Alzheimer’s Disease Research Center (ADRC), a founding Director of the Alzheimer’s Disease Cooperative Study (ADCS) Biomarker Core, and has a joint appointment as a Research Biologist at the Veteran’s Administration San Diego.

Bibliography with this URL: https://www.ncbi.nlm.nih.gov/myncbi/1JYk0mJ2UiJ/bibliography/public/

All qualified applicants will receive consideration for employment without regard to race, color, religion, sex, sexual orientation, gender identity, national origin, disability, or status as a protected veteran.

Fields marked with an asterisk (*) are required

Send job
Apply now
You need to sign in or create an account to save a job.

Create a job alert and receive personalized job recommendations straight to your inbox.